How Long Do Wax Melts Last?

Posted on6 Months ago by Gina Cassidy
Love0

If you love the smell of pleasant aromas around your home, you may have come across wax melts.

With numerous options available, both in terms of size, colours and fragrance, wax melts are becoming hugely popular.

However, one of the most common questions raised about wax melts is, how long do they last?

While wax melts are quickly becoming as popular as scented candles, there are still many buyers who aren’t sure what makes wax melts such a great alternative.

Their longevity is one aspect that’ll shed some light about their practicality and affordability.

So let’s delve a little deeper into this topic since there’s a number of factors that affect how long your wax melts will last. 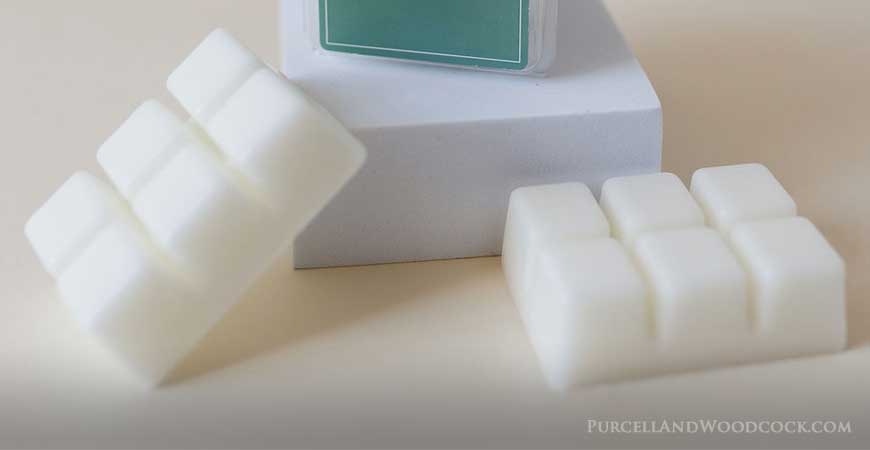 First of all, it’s important to explain a common term used in this regard - 'fragrance throw'.

This basically describes the strength of the fragrance emitted by the wax melt.

The fragrance throw is commonly classified as either ‘hot throw’ or ‘cold throw’.

The former refers to the release of the fragrance when the wax melt is warmed and melting.

The cold throw refers to the scent released at room temperature, usually when the wax melt is removed from its packaging.

So for the sake of this article, we’ll just be focusing on hot fragrance throw and aspects that influence how long wax melts last once they’re placed on a wax warmer.

For the majority of circumstances, wax melt burn time is influenced by the type of wax warmer used.

As a general rule of thumb, the hotter the wax warmer gets, the stronger the fragrance is emitted from the wax melt.

As a consequence however, this means the wax melt will consume faster and lead to shorter scent release times.

On the other hand, if the wax warmer takes longer to reach melting temperature, the scent will be milder and last for longer.

Various brands of wax melt are made with different oil-to-wax ratios.

Some wax warmers also come with a timer, and so it may be more practical to keep track of how long a wax melt takes to be completely used up.

In case you are using a wax warmer without a timer, it’s recommended that you set an alarm to avoid wasting the wax melts unnecessarily.

This will allow you to better manage the duration of the wax melt fragrance delivery.

How You Burn Wax Melts 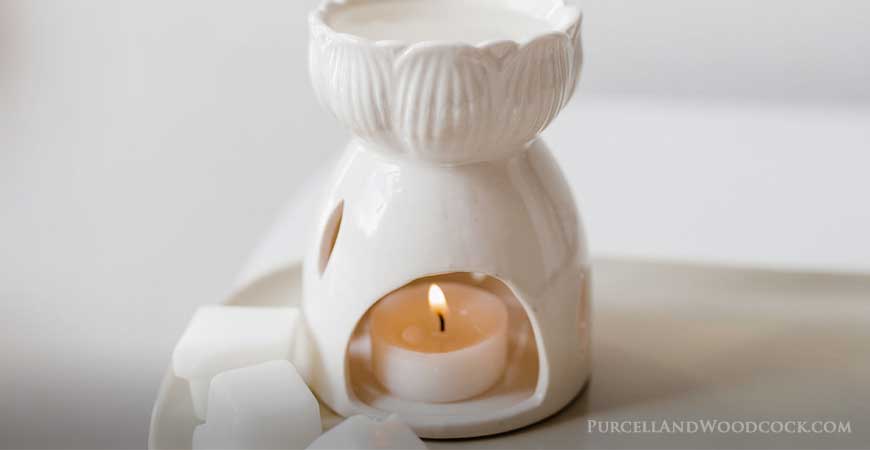 The way in which you burn the wax melts also affects burn time.

You need to be aware of some tips which will allow you to use your wax melts as effectively as possible.

First of all, it’s important to store wax melts correctly.

When storing, avoid stacking different varieties of wax melts on top of each other, as this can lead to waxes mixing and scents cross contaminating.

When you burn your wax melts, it’s important that you do not set the temperatures too high, as the higher you go, the more quickly the scent will be consumed.

It’s better to aim for a more steady burn temperature, to achieve extended burn hours along with a more subtle, consistent scent.

Generally speaking, even a relatively low temperature can have the wax melt emit a pleasantly satisfactory scent strength.

As noted earlier, the type of wax burner used also has a considerable effect.

Also, electric burners tend to have some form of temperature setting, which allows you to better control the burn time as well as the strength of fragrance.

How the wax melt is made inevitably has a major influence on how long it will last.

The amount of fragrance oil used also plays a role in the burn time of the wax melt.

Generally a wax melt is made with an oil to wax ratio that is specific.

Often this is one ounce of fragrance oil for every pound of wax.

The fragrance oil will be able to bind itself to the wax, and this will also depend on the type of wax as well as its volume.

The size and the shape of the wax melt may also have some effect.

Whilst wax melts come in a variety of shapes, including bars and cubes, it is recommended that you break these down into smaller portions when you melt them.

In such a way you will be better able to adjust your preferred fragrance throw concentration, as well as reduce waste. 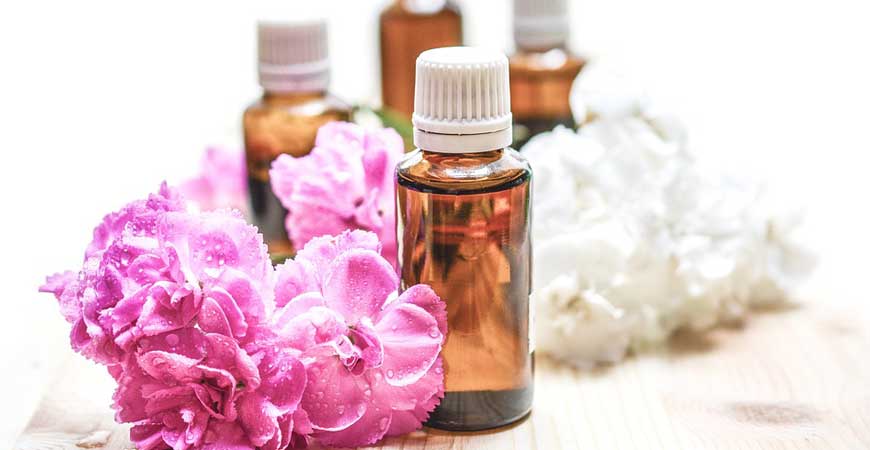 The type of oil that’s been mixed into the wax melt will also have an impact on how long it will last once warmed up.

Fragrance oils are basically a mixture of several chemical compounds.

Some of these are synthetic, while others are natural.

These oils are formulated to create a particular perfume once they are blended together.

These oils are not in any way harmful and in most cases, tend to last longer than essential oils.

Essential oils on the other hand are natural, as they are made from the essence of plants.

This liquid or resin which is derived from plants gets distilled and pressed.

The extraction process is carried out from different parts of the plant, which can include the flowers, the berries, or the root and bark.

This obviously depends on the type of plant.

Since it takes a considerable amount of plants to extract a substantial amount of essential oil, costs tend to be higher.

However essential oils have a very strong scent and being natural, they have positive benefits including soothing and revitalising effects when they are inhaled.

That is one of the reasons why they are used in aromatherapy.

This is something that is often mentioned when discussing wax melts, but you may not be quite sure what it means.

Basically, the wax and the oil will need a certain time to melt and bind with each other.

So, if you buy wax melts which have just been made, allow a few days before using them, otherwise the scent they emit may not be as strong. 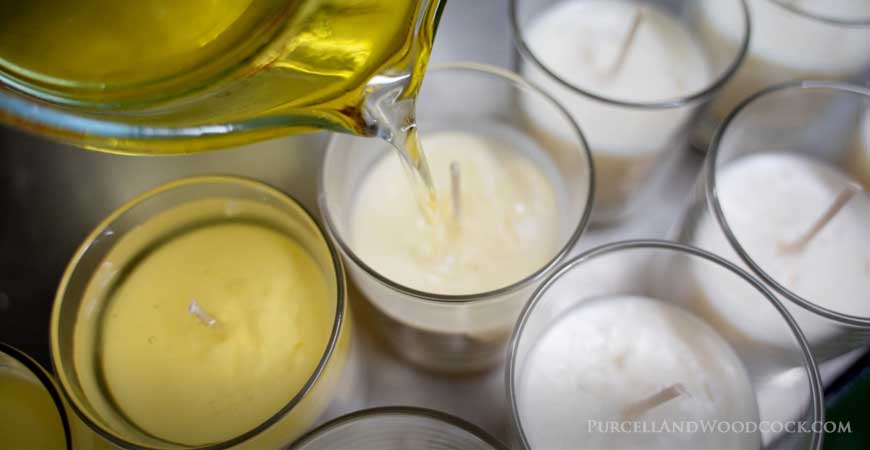 The way in which the wax melt has been made is another important factor.

There are various aspects relating to the making process of a wax melt.

For instance, the temperature of the wax when the oil was added will have an effect on the wax melt’s binding process, and ultimately on its scent throw.

During the making of the wax melt, the liquid wax is stirred as part of the binding process.

If it is not stirred sufficiently enough, the wax melt will not last as long as it could.

The way in which wax melts are stored can have an effect on how long they last, as well as their scent throw.

It is important to store wax melts properly, ideally in a cool and dry place.

Never expose them to direct sunlight as this will affect their fragrance binding.

Different wax melts should also be stored separately, so that they do not stick to each other or cross contaminate their scents.

While some aspects are beyond our control, such as the manufacturing process and type of oil used, there are various things you can do to improve your wax melts’ burn time.

This includes storage, your wax warmer and the size and shape of the wax melt itself.

Give these tips a try, and enjoy longer and stronger wax melt burning times.